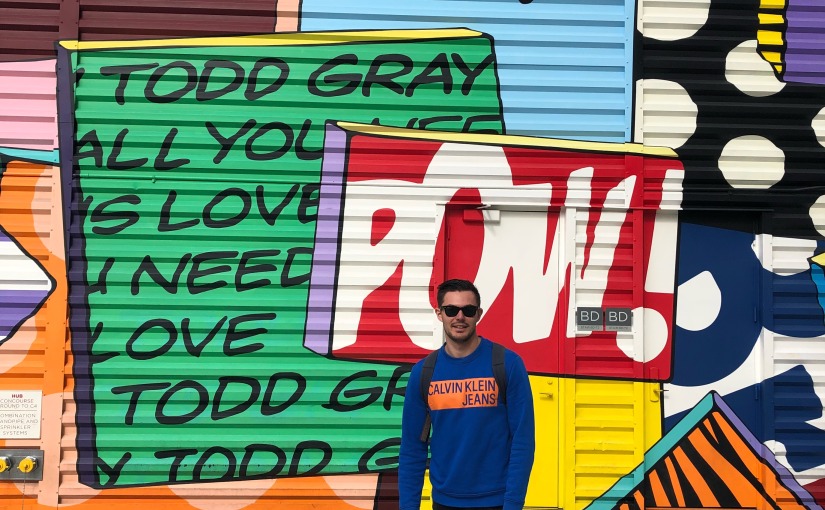 I suppose a logical place to start is at the beginning, with an introduction to me. So here we go with some basics. My name is Jack and I am 25 years old. I currently live alone in Kidderminster, Worcestershire. Yes, I must confess I’d never really paid any attention to Kidderminster before either, despite living 10 miles away in neighbouring Bromsgrove for the larger part of my 25 years on this planet. It was always just the place where West Midlands Safari Park was.

However, that changed in September 2016 when I started working for a local law firm headquartered in Kidderminster. It was here that I started the final stint of my training to become a Solicitor. Something which I completed in August 2018 and I have been practicing corporate law ever since. Before you ask, Suits is not an accurate portrayal of my job, for several reasons but mainly because that TV show is US based. If Harvey Spector was a UK Lawyer he’d have been struck off years ago! It must also be made clear; I have wholeheartedly loved working here. I have some fantastic colleagues and have made some wonderful friends – that is not what my quarter life crisis is all about. I’ll get to that. 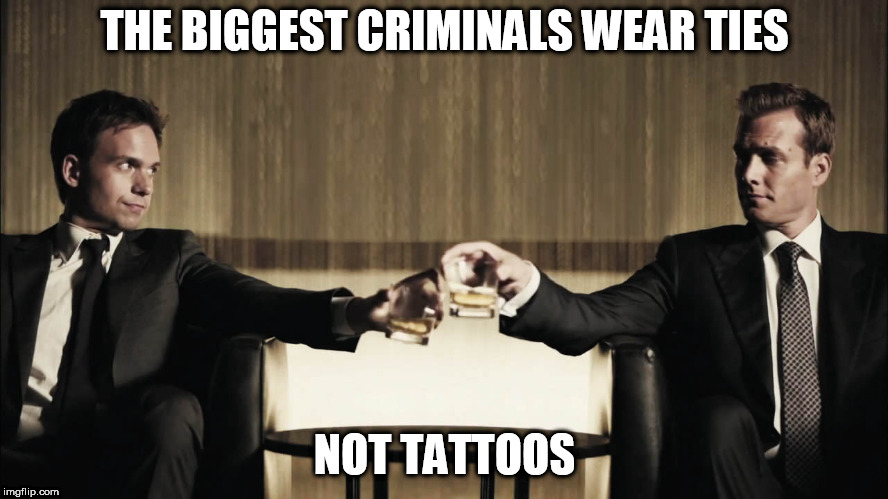 Prior to that I completed my LPC at the University of Law in Birmingham (2015 – 2016) and studied law at the University of Southampton (2012 – 2015). At this point shout outs to Jesters, Tariq Manzils (yes he does still wish me happy birthday each year on Facebook), Connaught Halls, SUACCC and the Ski Lodge (both the house and the housemates) are necessary. For reference, the Ski Lodge was my house throughout my second and third years at University, nicknamed as such for its rather fetching alpine ‘ski lodgesque’ wood panelling. It was for many years after graduating the name of our WhatsApp group chat and is still what I refer to our group as. 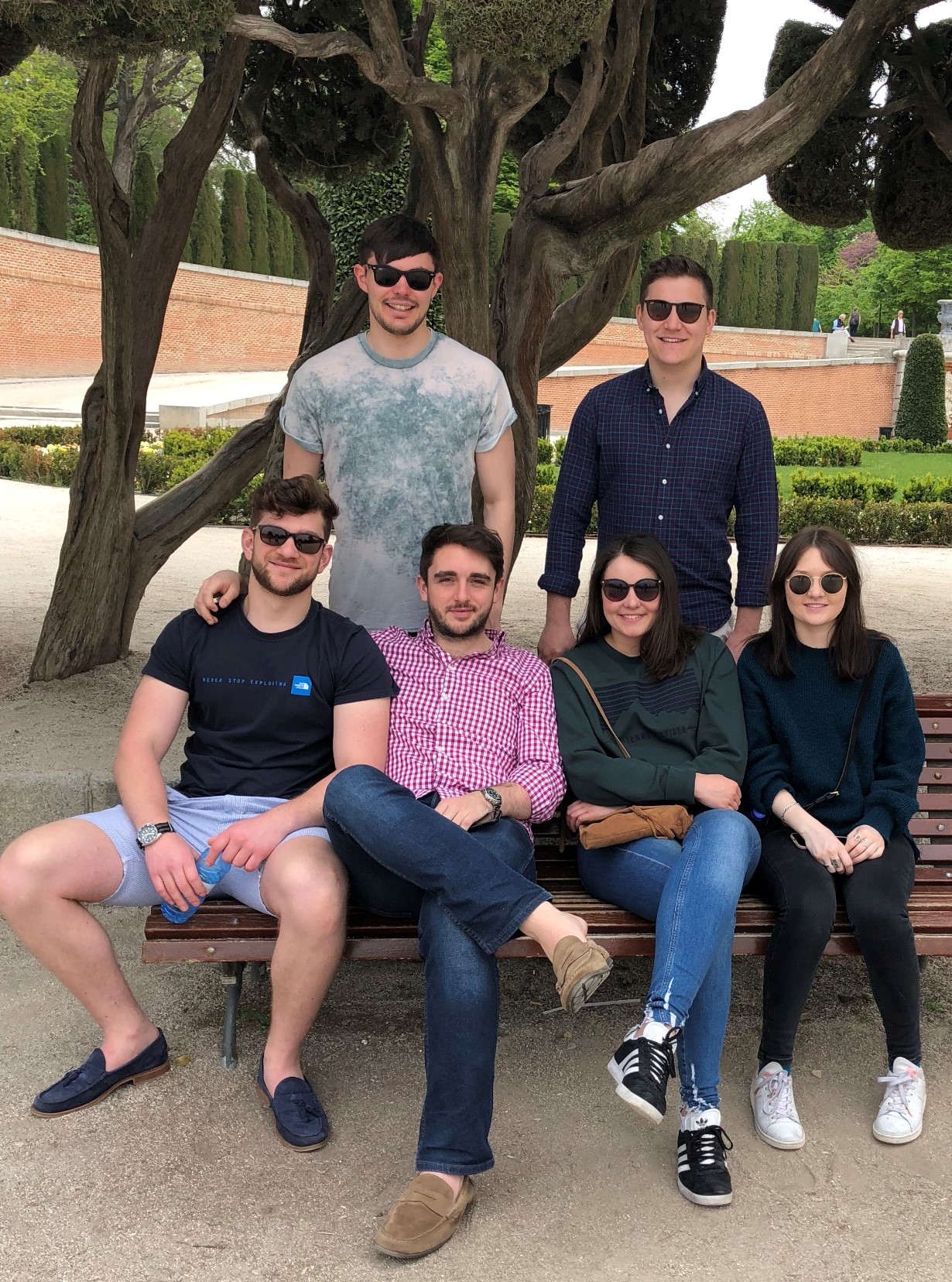 To bring you up to speed with the present day, I successfully purchased my first home, in the aforementioned Kidderminster in April 2019 and moved in at the end of May 2019 with my brother (Jim) and our friend (G). Starting September 2019, Jim and G both got fantastic jobs based in London. Sadly this meant relocation for them both and a busy house of 3 became 1. Hence the living alone.

So a degree, good job with fantastic colleagues, amazing friends and now a house. That should = a real adult #WINNING? 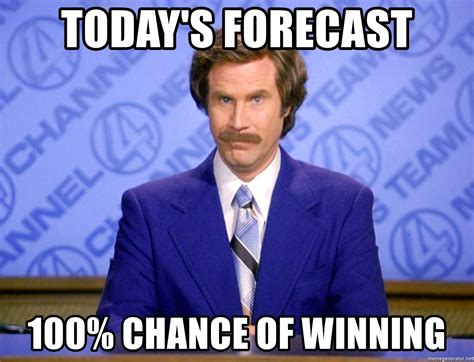 Yes, to all intents and purposes I am an adult. I mean, I definitely look like one. Or so I am assured by the kids I coach athletics to. The words “ancient” or “well old” are bandied about far too much for my liking. I do suppose, if we take the legal definition, I am an adult. But, full disclosure time, I really do not feel like one and I don’t know if I ever will.

So I think I’ve discovered something. It almost certainly isn’t unique but it is an interesting realisation. During my early to mid-20s, the last remnants of which I am clinging on to for dear life, I feel like I have been traversing an invisible tightrope. However I’ve been doing it badly, like a drunken circus performer constantly falling off to each side. Let me explain this logic.

During this part of your life you are either changing or continuing with your previous ‘normal behaviour’. This continues until you are hit with a series of sudden realisations that make you feel old. Here are a couple of mine, and these for reference are genuine thoughts, or worse still quotes:-

“When did I become the oldest person in this nightclub?”

I hasten to add this is not about Kumu. For those unware Kumu is Bromsgrove’s premier nightlife destination and will most likely be a prominent fixture in this blog. Both pre travelling (I go a lot) and whilst I am away (sad to admit I’ll miss it). Kumu never change.

Sorry I just don’t. Who is making this content and how has it become so much of a viable career that when I ask kids what they want to be they say “a YouTuber”. Really this one is jealousy that I’m too incompetent to do it!

“What even is Musical.ly”

I still don’t know and nor will I try.

“I can’t have ever looked that young”

Often thought but most common whenever I brave the train commuting to our Birmingham city centre office. I am sure I did, I just didn’t think I looked young when I was that age. 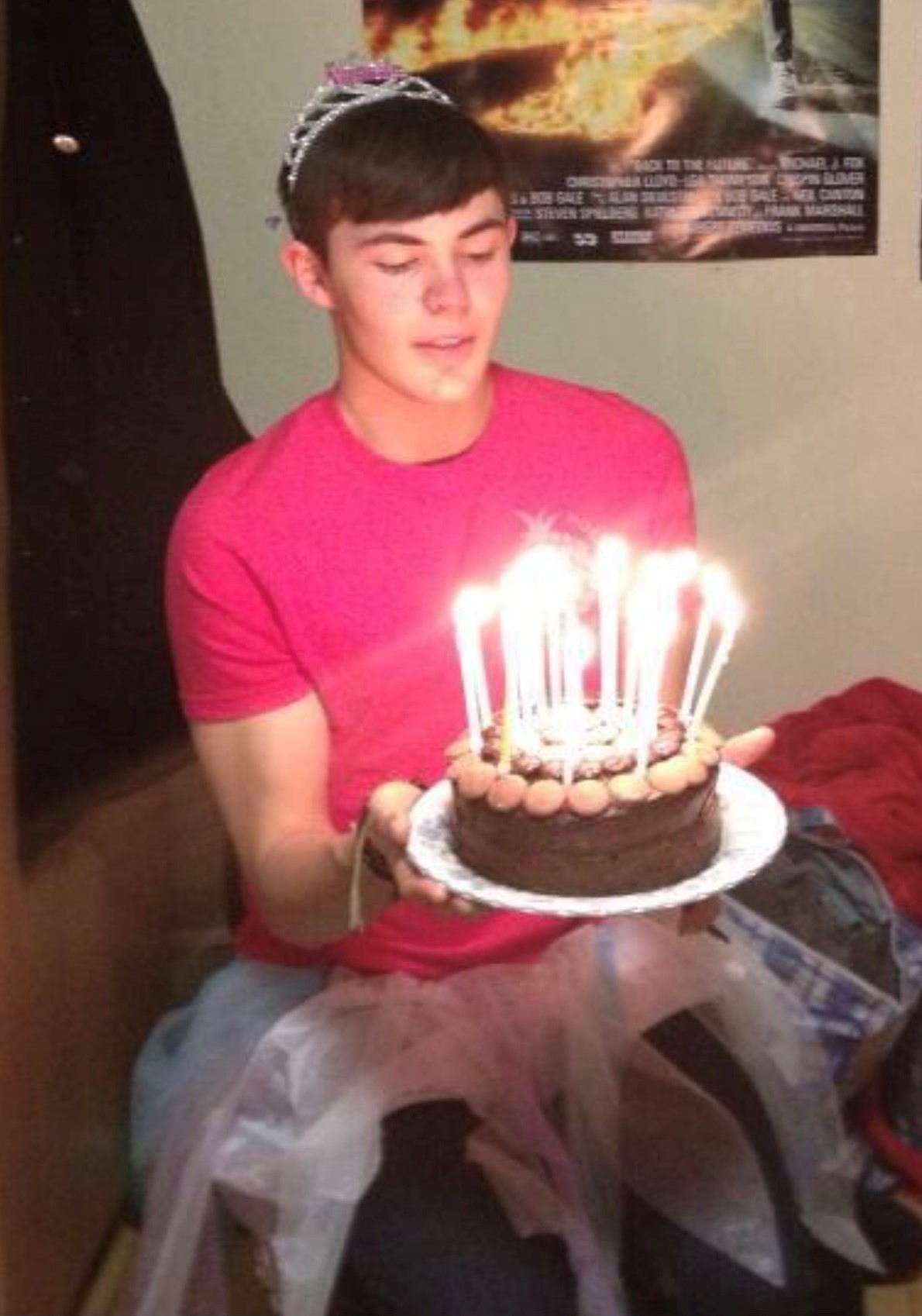 I don’t think I am alone in this, but I am not sure when I stopped understanding everything teens are talking about. That moment must’ve happened, but it completely passed me by. Worse still I was completely unaware of my own blissful ignorance. That is where coaching kids (by kids I mean ages 9-18) athletics has brought me down to earth with a bump and to an extent kept me somewhat with a finger on the pulse. That pulse is however getting fainter and I fear it may be terminal.

So that’s one side of the tightrope. However sometimes I realise, I am not an adult. Yes I may have to tick the 25-34 box on forms but I am essentially an overgrown child rocking a beard. I own an adult onesie. I like nights out. I don’t really get taxes. I have no clue how much is too much to pay for water, gas or electricity. I am largely incompetent in all forms of life admin. And get this, I am the youngest person in the room. Case in point, the athletics club I have previously mentioned, at committee meetings I am the youngest person attending by an absolute minimum of 30 years.

So I’ve realised I am an ‘inbetweener’. Thankfully not as hopeless (I hope) as Will, Simon, Jay and Neil, in the frankly classic TV show of the same name. Nor am I the same age as they are portraying in that show… I was however when it was on TV, maybe there is something in that… 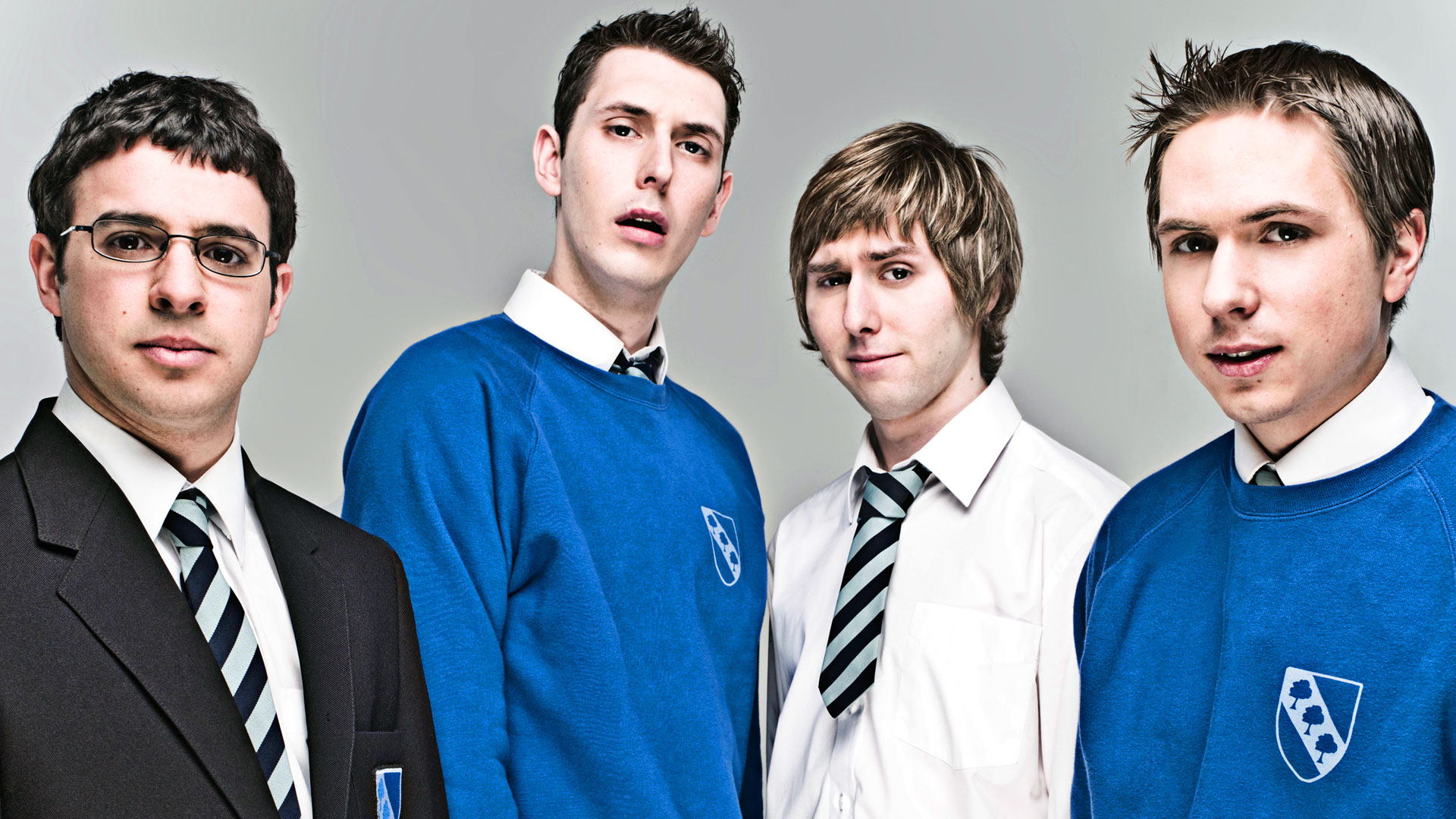 No what I mean by an inbetweener in this context is someone who is not a young person but not an adult either.

It is ok to not have it all figured out and it certainly does not make you a failed adult. I think we compare ourselves to generations before us too much. We are doing things later, getting married, having children and being a first time house buyer to name just a few. So no wonder at age 25 we do not feel adult.

Imagine a scenario where we get rid of the pressure of ‘being an adult’. Leaving University at age 21 (the earliest for most), I felt a sense of expectation that I would have it all figured out. I definitely didn’t and I don’t think anyone honestly does. It is just a perception people give. May be if we actually accepted this and opened up to these thoughts we might all feel a little bit better about any of the milestones we have “missed”. Who cares if your overpriced rental house in London has mould, you hate your job and you’re nowhere near marriage, it is because you’re an inbetweener and I think that is ok. There is nothing wrong with holding on to the bits of youth you enjoy whilst embracing the facts of adulthood – you are an inbetweener and should be proud.

Don’t get me wrong I am not saying I want to be Peter Pan. More that I’ve reached a realisation that I need to do something whilst I am young enough to appreciate it. So herewith the birth of the quarter year crisis to which this blog is named after.

19 thoughts on “Setting the Scene”